We wanted to create closer links with Avenue School so we were really pleased to be invited to have a stall at their summer fair.It duly rained in the morning but much of the activity was inside and under cover. It was a lovely event, enjoyed by parents and children from the school, as well as others. One highlight was the children’s choir – very accomplished and a great sound carried over a number of different songs. A really nice event which was a credit to the school. 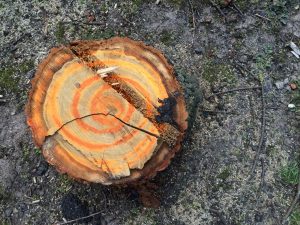 It was an opportunity to talk to people about the park, what has been happening on it, and of course, to recruit a few more members. Different questions were asked about the park, but a common starting point was, “What about the trees?” They were naturally concerned about the loss of so many trees, and the effect it had on that area of the park. What became apparent, though, was that although just about everyone was concerned about the tree felling, and the impact it had made, hardly anyone knew why the trees had been felled, and what the plans were for that area.

Long explanations followed about the centenary walk development and what it would be when it was finished. This helped many to understand, but still left some unhappy about the scale of tree loss. Inevitably this all led to further questions. I didn’t know all the answers at the time, but I did check everything later. These were some of the questions:

There were other things too! Some people asked about the new play area and the planned closure of the old one. I explained the thinking behind the changes and our wider ideas about the field in which the new play area is located. Once again, some were more accepting than others about the changes. One reaction which captures many points of view was, “I was really sorry to see that the old play area was to be closed, but we’ve used the new one and the new equipment there is great.” If you want to see more about the play area and why it was moved to a new position have a look at New Play Area Opens on the Park.

It was good to meet people and talk about the park, what they think about changes taking place, and what they would like to see on it. Good, but tiring. I didn’t get much done on Sunday.