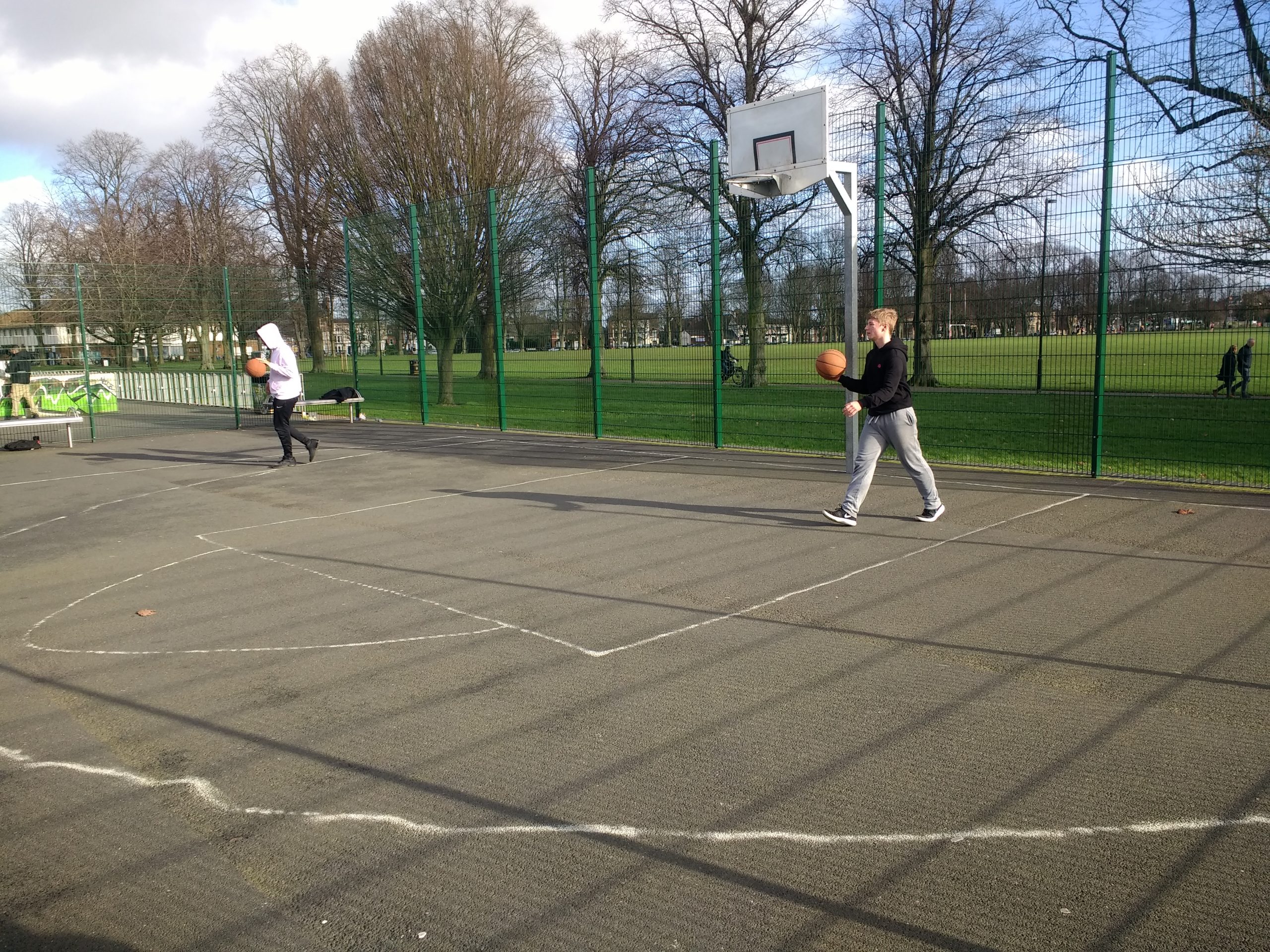 The full size basketball court was closed in 2016 when the Centenary Walk protect began. A new but smaller half-size practice court was eventually created in the same area alongside the new skate park. The new court is floodlit to allow evening and winter-time use.

Unfortunately the surface of the court was never properly finished, and in consequence the court was not marked out either. At some stage somebody marked it out by hand, as the photo shows. The poor quality of the markings can be seem even more clearly in the photo below. 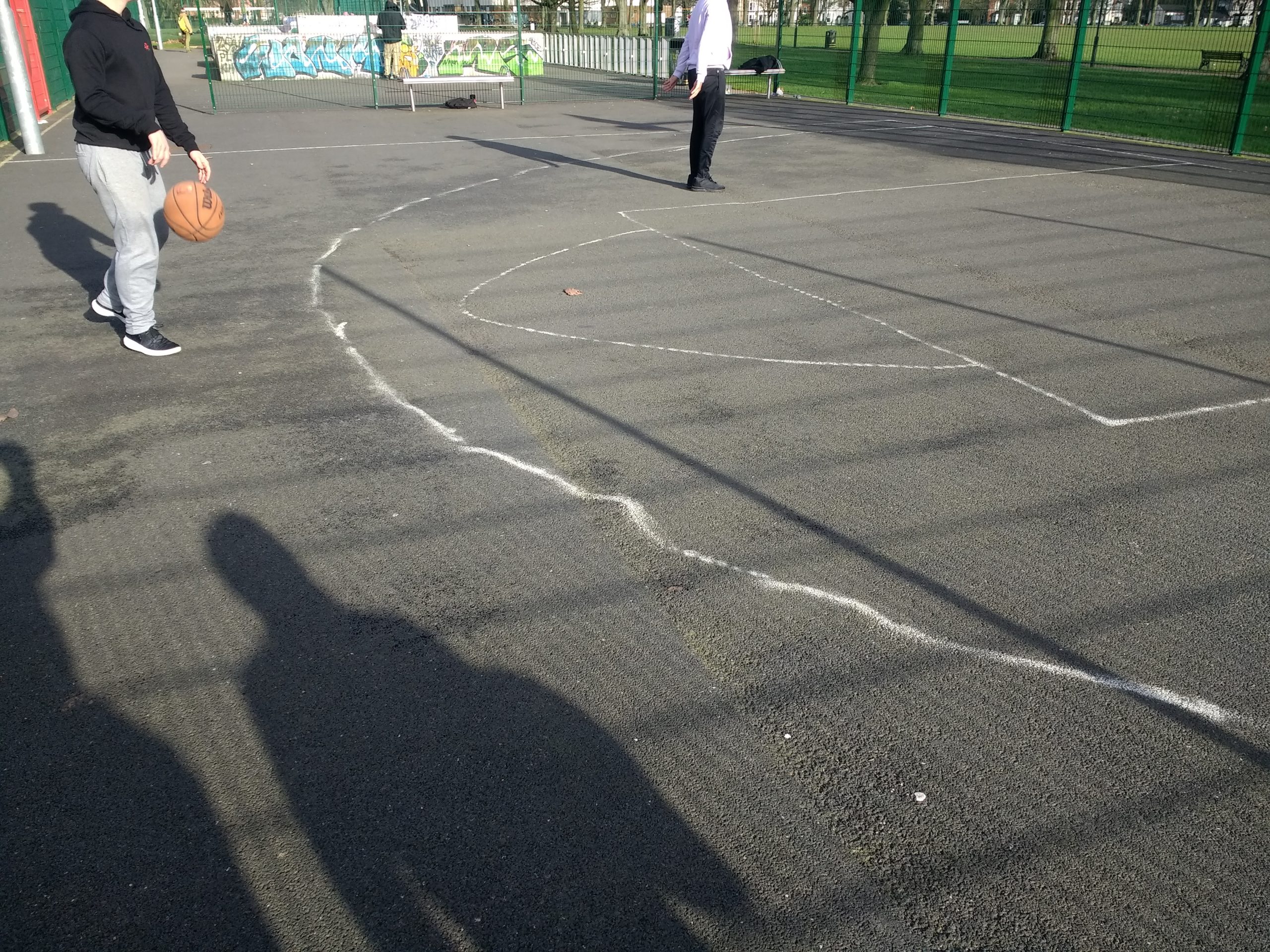 Basketball players have complained to us about both the poor quality of the half-court, and the fact that they only have a half court on which to play. They look across to the four excellent tennis courts and wonder why there is so little for them.

We understand there are plans to make the court full size and properly finished, but as funding is not yet available no date has been given for when this will be done. We have asked that funding should be brought forward as quickly as possible for this new court. Basketball is a very popular sport for young people but the provision on the park for them is unacceptably poor. It compares very badly with the other sports provision in the same area of the park.