We needed a lot of new pictures of the park for the new website, and it also needed good light which is not easy to find in November.The weather forecast for Wednesday 16th looked good, in the morning anyway, so I walked the park with Michael (Mick) Gleave, a Friends group member and keen photographer.  Mick took many of the photos on the website and his contribution is gratefully acknowledged.

First stop was at what we think were crocus flowering. It seemed a bit early, or late,depending how you look at it. Do crocus flower in November? We didn’t know, so we took a photo. 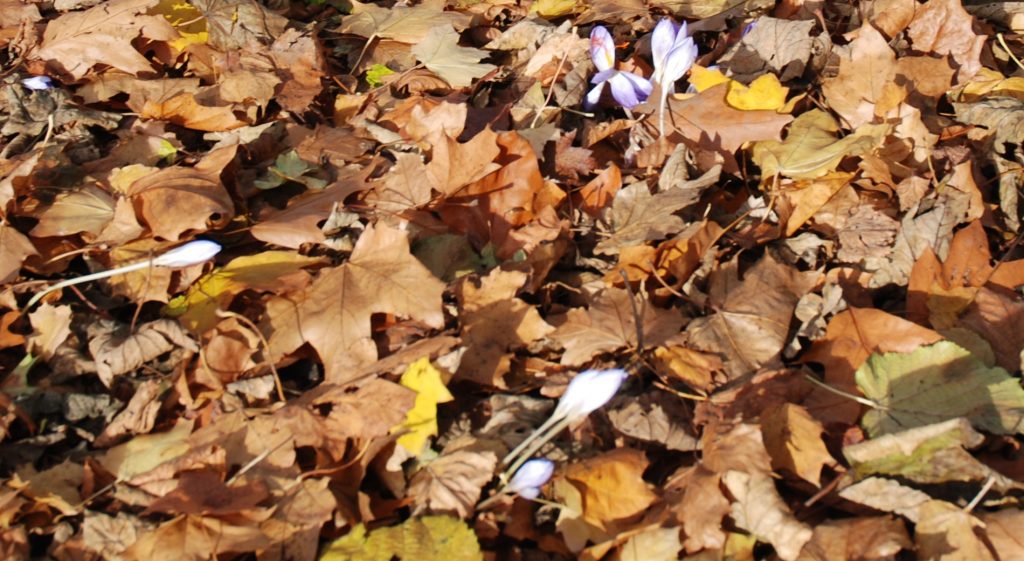 Not far away was a member of park’s staff using a remote controlled mower. 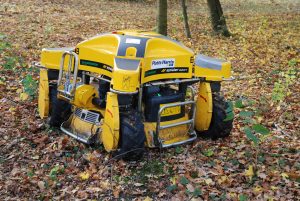 These are fairly new and used for clearing and cutting around equipment on the park or for areas where people can’t easily work such as steep banks and overgrown areas. Good to see the latest tech keeping the park looking good.

Second stop was the new play area for older children. Met two friendly parents who were happy for us to take pics of their children using the play area. They liked the new play area, but also liked the old one. One of the parents had memories of going to the old area as a small child with her mum, and using the same equipment as her daughter now used when they went to the old area. A nostalgic connection with play area kit, important in understanding the role of the park in people’s lives. 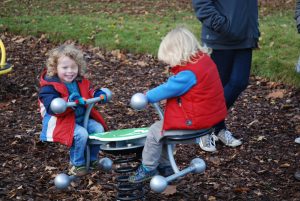 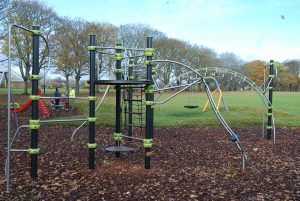 Next stop was the new nature trail and pond. Another friendly parent with two small ones tackling the canyon bridge. Just what it was meant for. 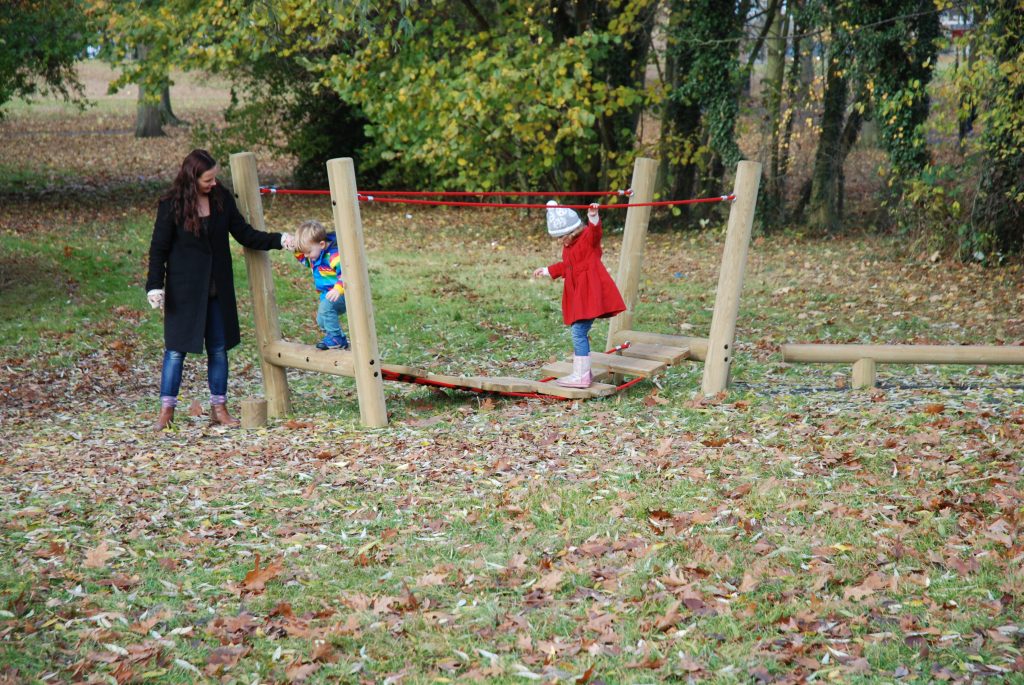 The pond was full of people – literally. It was parrot feather weed clearing day arranged by the council volunteer organisers and the university. A muddy day was had by all! Among those in the pond was Lawrence, our own treasurer, and Caroline from the university who organises student projects. 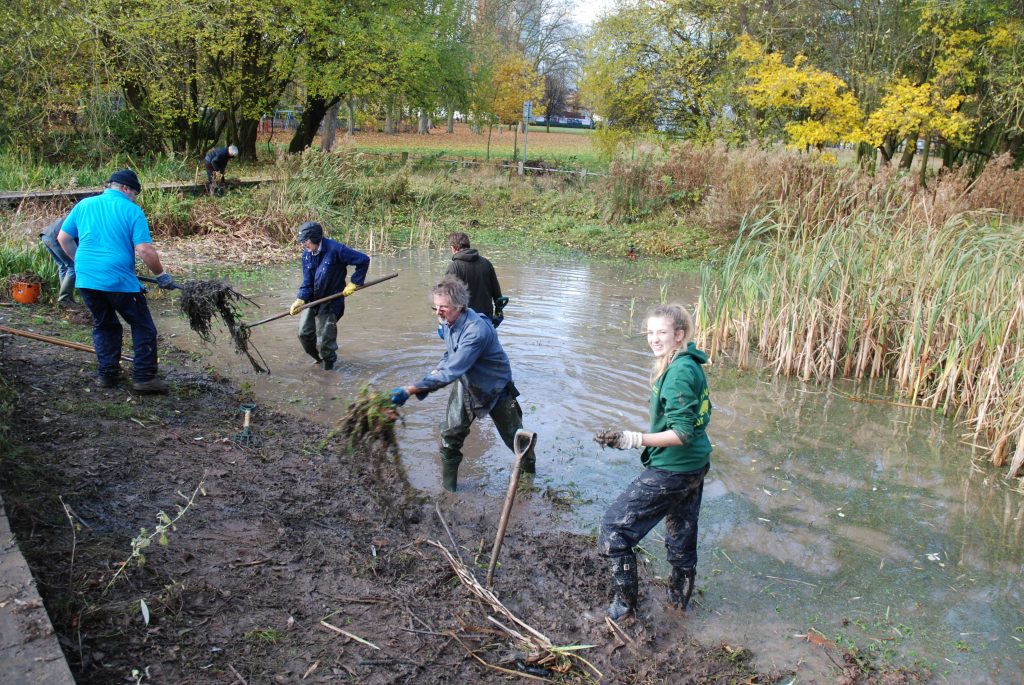 Parrot feather is an invasive non-native weed which grows very quickly and stops other species, both flora and fauna, from establishing themselves in the pond. This is what happens when left unchecked for a time. 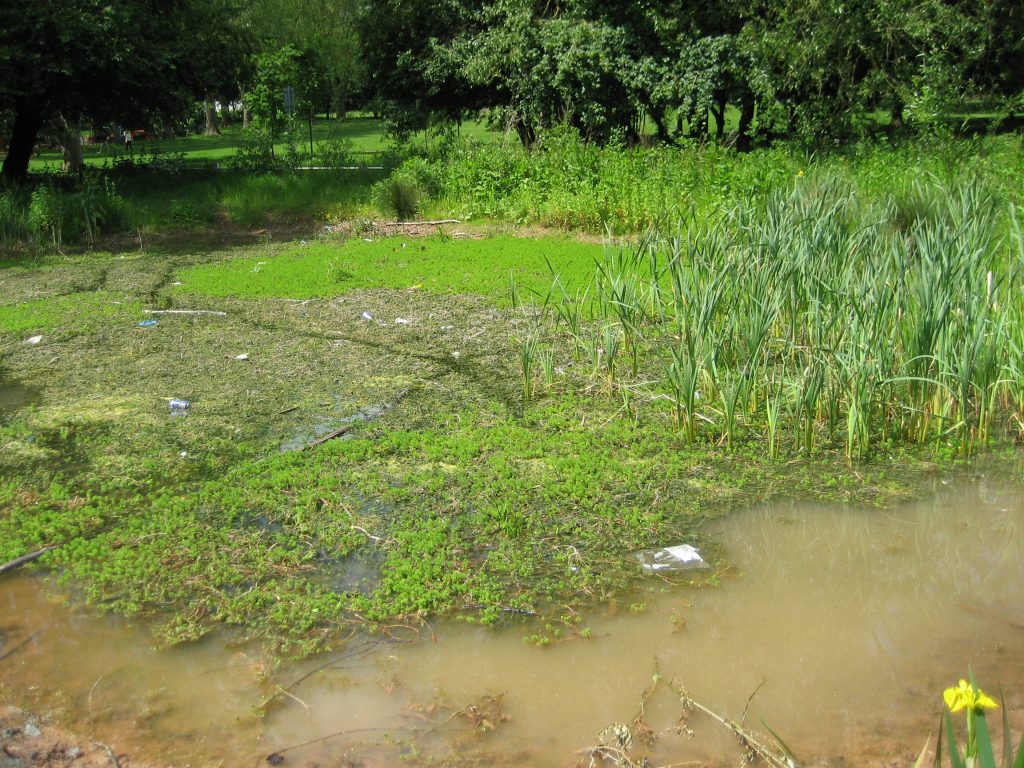 Manual removal at the moment is the only option for clearing it, but there’s always some root left which re-grows. It is also entangled with the roots of other plants in the pond so very difficult to control effectively. It is thought it got into the pond from somebody’s garden pond or aquarium when they decided to add something extra to the pond. A something extra the pond could have done without. 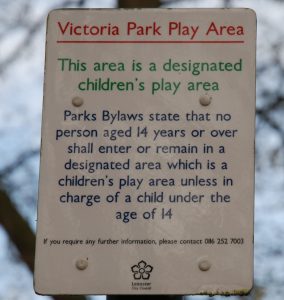 Now across to the old play area to get a photograph before heading past the war memorial to the facilities around the pavilion area. Many of the sports facilities are closed because of the work on creating Centenary Walk so no photographs there. We did get some pictures of the outdoor gymnasium and the younger children’s play area but by then the light was fading and rain was starting so photography was abandoned and we left the park for a cup of tea. 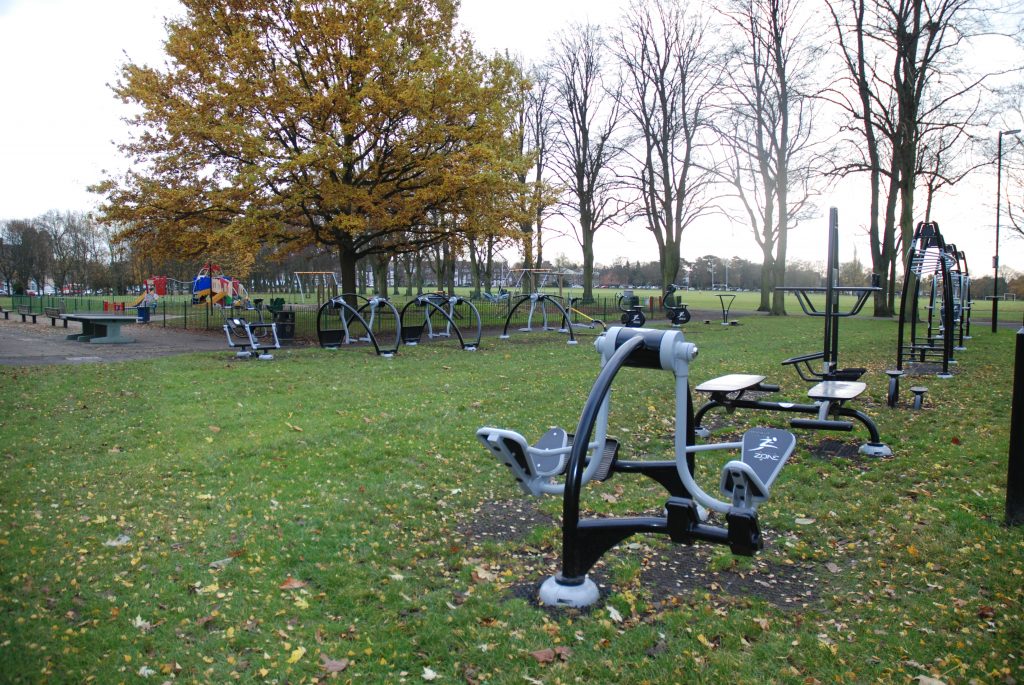 Half an hour later it was sunny again – you can’t win them all! Still, we had enough for what was needed and it was a job well done. Hope you agree that the photos add some life to the site. We will keep adding more as the website develops.

Taking Pictures on the Park